About boatsheds, Kingston and the KBA

‘Boatsheds’ and ‘bathing boxes’ are an iconic feature of various beaches all around Port Phillip in Victoria, Australia. These colourful wooden buildings – typically built in groups just above the high-water mark – are designed to securely house belongings directly on beaches.

Their different sizes and shapes reflect their traditional function:

Intended use aside, either structure can be used for either purpose. The only real restriction is that people may not live in them.

Besides their visual appeal, boatsheds and bathing boxes have heritage significance, many having been built in the late 1800s and early 1900s (see history below). Maintaining the historic character of Victoria's boatsheds is an important part of ownership.

The City of Kingston lies on the eastern shores of Port Phillip, some 15km south-east of Melbourne. The City is home to 190 boatsheds and bathing boxes along a 6km long stretch of beach between Aspendale in central Kingston and Bonbeach in Kingston's south (see map).

The two longest continuous stretches of sheds are the group of 15 near Bapaume Avenue, Edithvale and the group of 10 near Roycroft Avenue, Aspendale.

Getting to Kingston's boatsheds

Kingston's boatsheds can usually be found within a short, easy walk from the side streets that run between Nepean Highway and the foreshore in the bayside suburbs of Aspendale, Edithvale, Chelsea and Bonbeach.

The following PDF lists of all of Kingston's boatshed locations and the nearest streets.

At the heart of Kingston's shores is the city of Mordialloc, first settled by Europeans in the early 1800s. Like the Aborigines before them, settlement centred around the mouth of the Mordialloc Creek. The creek and bay both contained plentiful fish, while the surrounding hinterland was suitable for livestock, subject to clearing.

By 1839 a squatter introduced cattle to the area and a small wooden hotel was built by 1853 on the site of successive Mordialloc hotels.1

‘Long Beach’ became better established following the opening of a road from Mordialloc Bridge to Frankston in 1863 and the draining of the swamp in 1879. The railway line from central Melbourne reached Mordialloc in 1881, with the section through to Frankston completed in 1882.

The new railway stations at Mordialloc and Carrum at last made ‘Long Beach’ easily accessible to weekenders and day trippers. The area's remoteness, sandy soil and tea-tree were a drawcard for summer campers, with the shallow gradient of the beach making for relatively safe paddling and bathing of children and adults alike.

Land sales of what was previously thought to be wasteland between the railway line and the foreshore saw the area gradually transformed into the bayside suburbs of Aspendale, Edithvale, Chelsea, Bonbeach and Carrum.2

Boatsheds and bathing boxes first appeared on ‘Long Beach’ after the Shire of Moorabbin gave permission in 1883. These simple structures gave people the privacy and amenity formerly only available at public salt-water baths nearer Melbourne. They could now enjoy the safe, clean waters of Kingston's beaches while adhering to 19th century morals and sensitivities surrounding public bathing and attire.

Since the late 1960s, new boatsheds and bathing boxes are no longer being built in Kingston. That said, their coastal location dictates that existing structures need regular maintenance and repairs to keep them in good order and appearance. It is a rare shed indeed that has survived 100+ years of sand, salt-spray and surf without having undergone a partial or near-complete rebuild.

Both the Victorian State Government and the City of Kingston have guidelines (see below) on the nature and scope of work that can be undertaken on existing sheds in order to maintain heritage character, minimise environmental impact and meet broader community expectations.

The following PDF gives an amazing amount of detail on all aspects of boatshed and bathing box construction. Contains invaluable info for anyone undertaking boatshed maintenance and repairs.


The following PDF is Kingston Council's boatshed and bathing box policy. Essential reading for boatshed owners to understand their rights and responsibilities as licensees / permit holders.


The following PDF is Kingston Council's boatshed transfer permit form. Required when transferring ownership of a boatshed or bathing box.

About the Kingston Boatshed Association

The Association was formed to respond to expressed summer grievances culminating in a Kingston City Council (Council) organised meeting on 27-Mar-2002, attended by invited speakers, licence holders and families.

The Association incorporated on 24-May-2002 with objectives that include preserving and promoting local heritage and culture, representing members and providing Council’s mandatory boatshed public liability insurance.

Kingston Council's ‘Boatshed and Bathing Box Policy’ – with change iterations and other matters – is jointly reviewed by Council and the Kingston Boatshed Association.

Here's some links to websites of other similar boatshed and bathing box associations around Port Phillip. 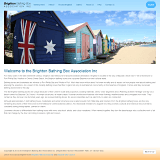 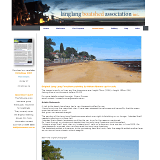 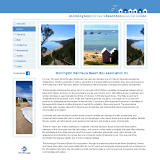 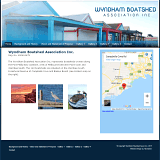